<Back to News
Oakridge Coaches Share Lessons Learned Through Sports

"Life is all about relationships." Over and over again, well-known sports journalist, businessman, and alumnus parent, Scott Murray (Stephanie '96 and Doug '91), emphasized that message during the Speaker and Spaghetti Dinner held Jan. 15 at The Oakridge School. The title of the event, "How Opportunities Create Excellence: An Evening with Scott Murray and The Oakridge School" was moderated byÂ  Murray and featured former and current professional athletes who now coach at Oakridge. Â Â

An attentive audience of current and prospective families filled the Student Activity Center (SAC), as the group talked about lessons they have learned and opportunities that resulted because of athletics and relationships built with teammates, coaches, mentors, and others.

Coach Coakley addressed the importance of playing team sports as well as individual sports. He also talked about his ability to face adversity head-on because of the preparation he put into things ahead of time. "Put in the work and it will get you through," he stressed. "Life will throw you curveballs, but you can either sink or do the work and get through it."Â 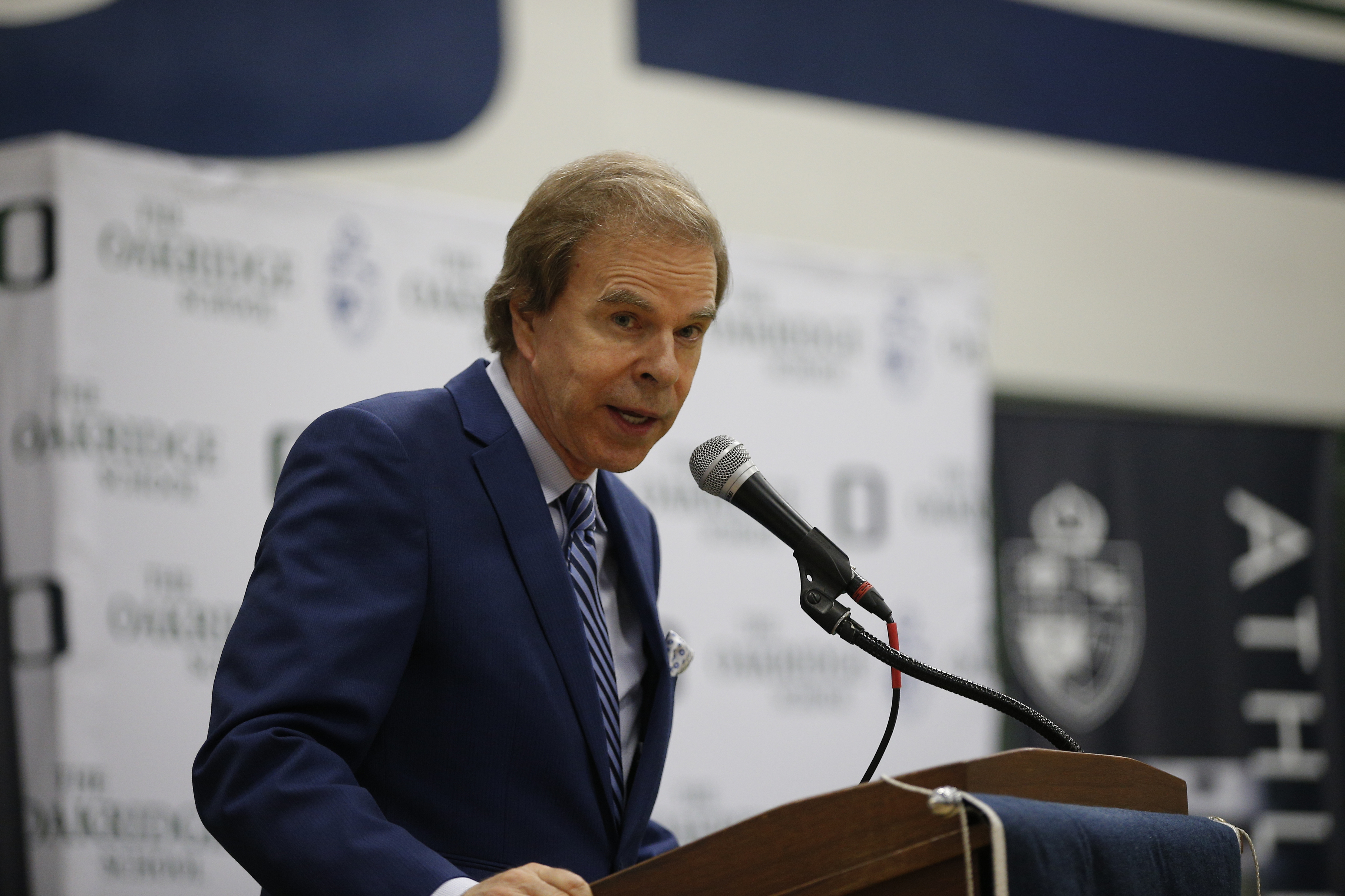 Coach Petraitis echoed that sentiment, adding that: "The future begins today. I talk to my girls about commitment. It starts today, you follow through and never quit. Even if you fail, you will learn from it." Coach Carlos agreed, acknowledging that everyone has a story about a time when they could have quit. He said others' stories inspire him, but he tells his young student-athletes to stay focused. "Don't look at the scoreboardâlook at your competitors." He went on to discuss the significance of relationship-building.

Coach Ivo, a native of Brazil, reflected on his unique perspective of being a current pro player, parent, and Oakridge alumnus. He uses those deep ties to connect with young alumni and to encourage them along their college and career paths. "We want to make your children better citizens," he said. "They're students first and athletes second."

Coach Kajihiro shared Ivo's sentiment and stressed what his dad instilled in him about putting education first. "Your true wins as a coach are when those players you once coached are about 30 years old and they are productive citizens," he said, adding that it's more than about athlete and coach at Oakridge. "It's like being in one big family here. I tell people , 'when you come to Oakridge, you're going to get a lot of brothers and a lot of sisters.'"

Murray concluded the evening with encouragement for everyone, but specifically the youth in the audience. He told them to, "be yourself, respect yourself, believe in yourself!" He reminded them that adversity breeds opportunity and that no matter how tough things might get, to believe that they can accomplish anything with courage, commitment, compassion, and kind conversation.Â