The Oakridge School continues to take steps to respond to the coronavirus pandemic, working to support the health and well-being of our community. Campus is closed and our Distance Learning Plan is in effect until at least Thursday, April 9. Friday, April 10 is a school holiday. The earliest we would return to school would be Monday, April 13.

<Back to News
Model UN Team Excels at First Competition 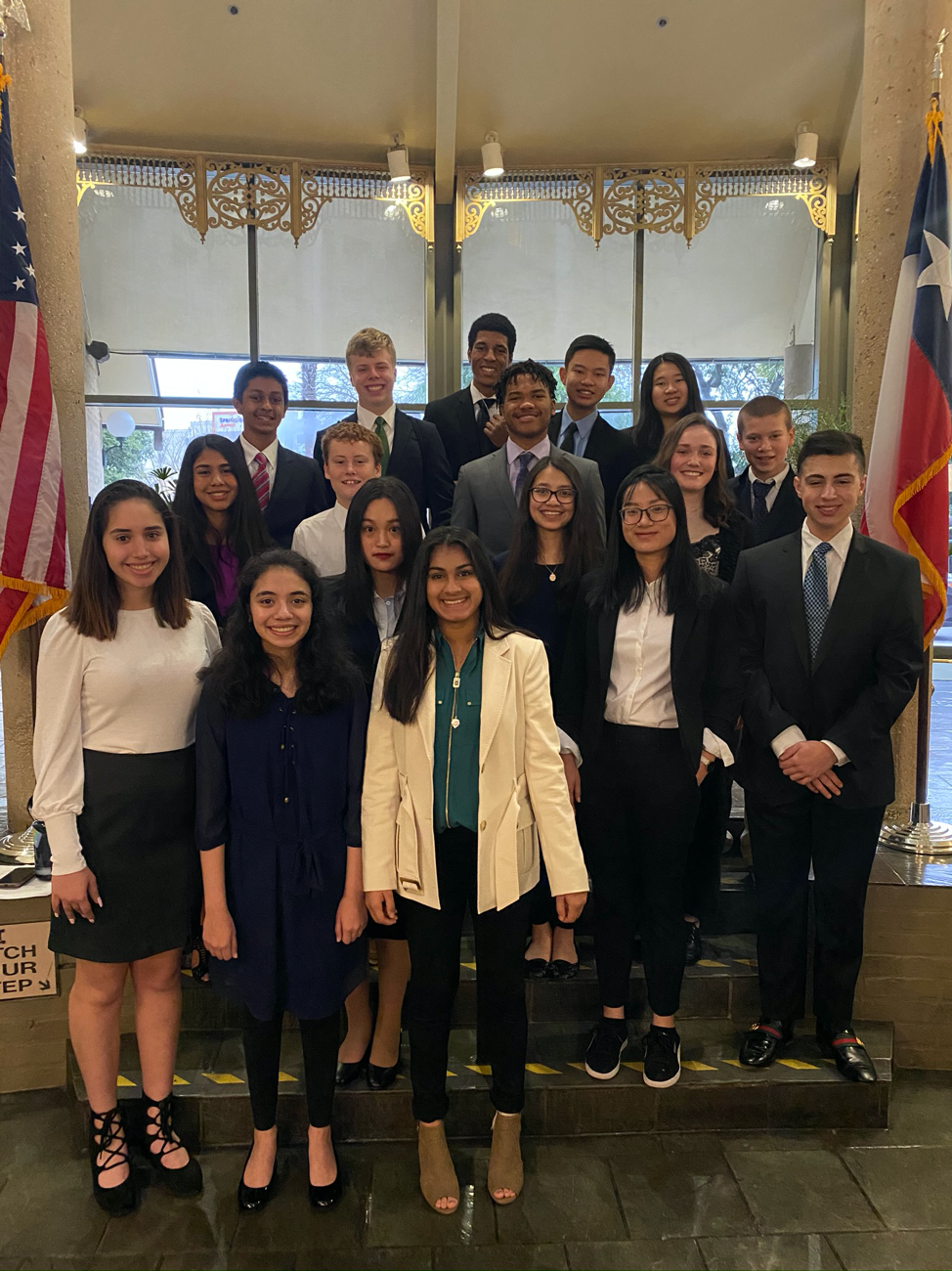 Assigned the nations of Belgium and South Sudan, students worked diligently to foster the conference's theme, "Envision," a collaborative approach to address, debate, and resolve, global issues. Students served on the General Assembly, the Human Rights Council, the African Union, UN Women and many other committees, voicing the opinion and position of their assigned country. To prepare, members of the delegation researched their nation and wrote two position papers addressing global issues within the scope of the committee, such as nuclear proliferation or ocean pollution. Although a new experience, Oakridge excelled at the conference, with students proposing resolutions, getting resolutions passed, and even earning two committee awards.Â

Junior Rohma Zaidi, a delegate from Belgium, sponsored a bill where refugees, upon relocation would be provided with healthcare allowing them to deal with both the psychological and physical stress of displacement. Senior Josh Kleinhaus, who earned an award for his work as South Sudan in the African Union, sponsored three bills that were passed by the committee. One of his resolutions included a plan to combat the spread of the Ebola virus through the use of mobile clinics, medical research funding, quarantine zones, and public education.Â Junior Nicholas Miller, a delegate from Belgium, earned an Honorable Delegate award for his work on the Special Political and Decolonization Committee.

Assistant Head of Upper School, Mrs. Christine Metoyer, led the delegation and provides years of experience as a Model UN sponsor. Students returned excited about the experience and ready to work on their collaboration, diplomacy, and parliamentary procedure skills. The team hopes to travel to Austin or Waco next fall for another conference.

Model United Nations simulations are popular exercises for those interested in learning more about the UN. It is estimated that more than 400,000 students worldwide participate every year in MUN at all educational levels â from primary school to university. Many of today's leaders in law, government, business and the arts participated in MUN as students. Learn more at https://outreach.un.org/mun/.Â Â