The Oakridge School teamed up with the City of Arlington and the Dallas Cowboys organization to host the Mayor's Hometown Huddle. Oakridge students, faculty and staff, Arlington Mayor Jeff Williams, former Cowboys players, and others volunteered part of their Saturday, Sept. 7, 2019 at Mission Arlington.Â 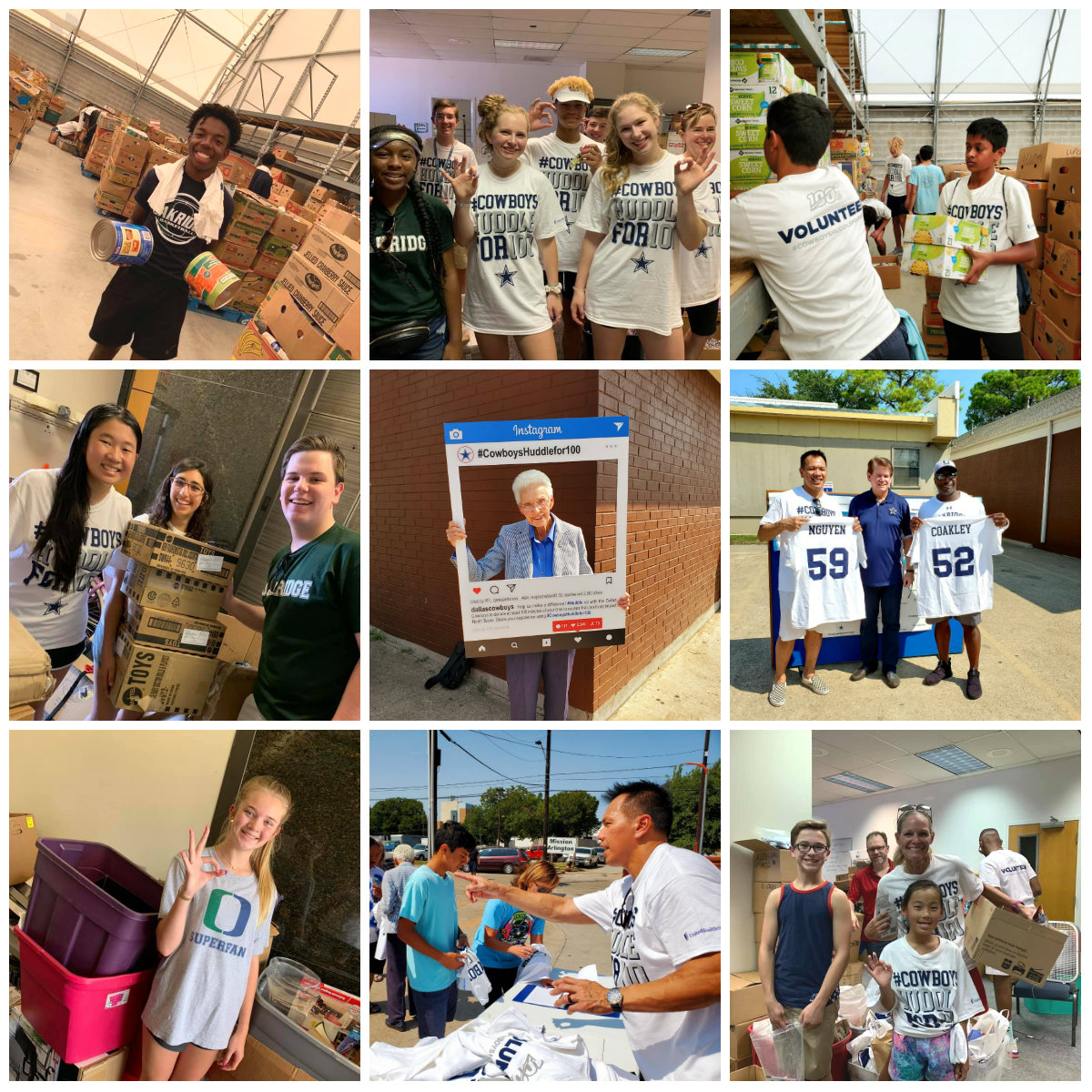 The citywide day of service celebrated the National Football League's 100th season and was presented by UnitedHealthcare. The effort was dedicated to making the two cities that the Cowboys call home better places to live, work and play. Various projects hosted by the City of Frisco and the City of Arlington gave residents the chance to make a difference in the community as part of Cowboys Huddle for 100 â a nationwide volunteerism campaign.

Among the distinguished and decorated Cowboys alumni who joined the Mayor's Hometown Huddle, were Dexter Coakley, who serves on the coaching staff at Oakridge.

To commemorate the NFL's 100th anniversary celebration, the NFL rallied fans to give 100 million minutes of service to impactful causes in their hometown communities. Huddle for 100 launched nationally at the 2019 NFL Draft in Nashville, TN, and will conclude at Super Bowl LIV in Miami. Fans, players, alumni, teams and employees are encouraged to volunteer 100 minutes of their time to make meaningful contributions to their communities over the 11-month campaign.